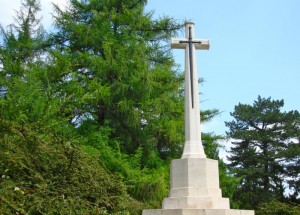 Jon says,
“With the centenary of this opening battle of the Great War rapidly approaching, thoughts will turn to the Battle of Mons and Le Cateau, where it all started on 23 August 1914 for the British Army. I would have loved to have been there during those days, with the tough regulars of the British Expeditionary Force on the great adventure. So excited they would have been at the prospect of getting to grips with the enemy. I first read about Mons when I was 16 at school, a brilliant book called ‘The Guns of August’ by Barbara Tuchman. I could not put it down and it took me right back to that hot summer of 1914 and the build up, mobilization and the first clashes with cavalry patrols in the Mons cornfields. Then the first violent, clash of armies and the famous retreat, then the gallant stand at Le Cateau. Only one day battles, compared with the horror that was to come. For another good account of the battle, read John Terraine, ‘Mons: The Retreat to Victory’.

I went to Mons with the Hampstead Pals in the mid eighties and we took with us, Alf Razzell (Royal Fusiliers) and Charlie Taylor (Royal Irish). The weather was hot too and with the help of ‘Before Endeavours Fade’ by the late Rose Coombs (there was no other guide book) we found the old railway bridge where Maurice Dease of the Royal Fusiliers won his Victoria Cross, the first of the Great War. Private Sid Godley also gained a VC for the Royal Fusiliers. Sadly, Dease was killed but Godley was wounded, survived and spent the war as a prisoner. I met his son when I went to a Royal Fusiliers’ reunion at the Tower of London in 1985 with Alf Razzell. He was the absolute spitting image of his Dad, ‘Old Bill’ complete with walrus moustache! (His Victoria Cross medal has recently been sold for £276.000).

St Symphorien Cemetery is one of the most beautiful on the planet and contains the graves of the first and last man killed in the Great War, which is ironic.  A must visit, especially in 2014! Neat, rarely visited, little cemeteries stand along the roadside, which mark the route of the British Army in 1914 and 1918.

Le Cateau (26 August 1914)) battlefield is small and you can see it all from the large cemetery, which is another fascinating place. This is ‘The International Cemetery’ in which Tony (Spagnoly) told me, were buried ‘women soldiers of the German Army of 1914’ in the vast, German plot (6000 graves). I never saw any (not that I looked too hard). The British plot in the cemetery was laid out by the Germans in 1916 and contains around 500 graves. It is now maintained beautifully by the Commonwealth War Graves Commission in contrast to the stark German plots. The battlefield is small and very walkable. It will be at its best in August 2014 when the corn has been cut.  The British Expeditionary Force of 1914. Lest we forget.” 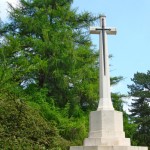 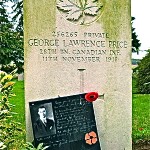 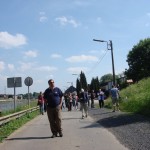 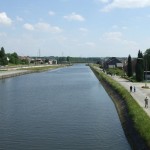 The canal at Mons 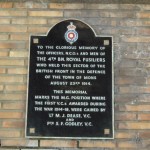 The Bridge at Mons

The German attack on the Nimy bridge at Mons 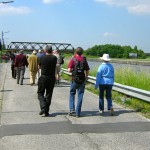 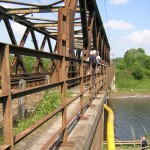 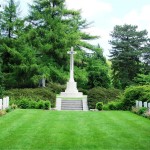 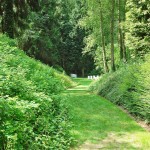 The Beauty of St Symphorien 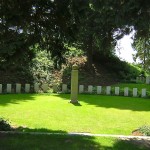 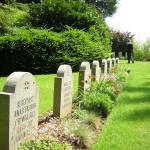 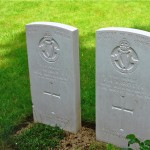 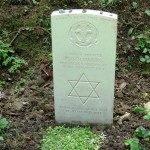 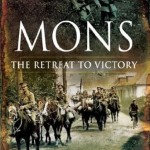 The Retreat to Victory