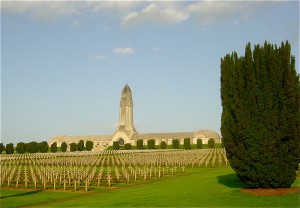 “Just a quick line to thank you sincerely for a wonderful trip to Verdun. As usual the time went too quickly as it always does when you are enjoying yourself with such good company. It is a very different type of battlefield to the Somme. Much more sombre, due to the terrible nature of the battle and the horrendous conditions the poor combatants had to endure, You managed in your usual manner, to convey the horror of the place without letting everyone feel too overwhelmed by it all, with the just the right mix of information, then a time to reflect, followed by a few lighter moments. Absolutely superb. Well done and thank you.”
Alan & Gill Shorter
October 2004

Jon says,
“I first went to Verdun in 1982 with my Hampstead Police Pals. We were guests of the Verdun Police and they gave us a wonderful reception. We took Alf Razzell with us and the local newspaper ran an article on the visit. The police also introduced us to a local French Veteran who had fought at Fort Vaux, under Major Raynal, been captured in 1916 and then served during the Second World War as a Lancaster Bomber Pilot with RAF Bomber Command, winning the DFC and bar!   I have been back with different groups at least 12 times since.  If anyone studies the Battle of the Somme and has any aspirations to be a battlefield guide on the Somme and to know why it was fought, then they must go to Verdun.   Whenever I am due to go to Verdun, I turn to my bookcase and re – read  ‘The Price of Glory’  by Alistair Horne; one of the finest books about the Great War.  It makes my hair stand on end just thinking of it.  The horror of the fighting for the corridors in Fort Vaux…men facing flame throwers to burn them out of their strong points…the gas and the massive shells that pulverized the forts and forever changed the landscape.   The battlefield today is still smashed and torn and resembles something from ‘Lord of the Rings’ and thousands of dead lie just beneath the surface of the soil.   It is one of the nightmare horrors of the Great War, certainly the longest battle (10 months) and France has never recovered from it.  2016 will see thousands of pilgrims, French and German, descend on Verdun, the most popular places being Fort Douaumont, Fort Vaux and the Ossuary with its skeletal remains of soldiers on show and the massive cemetery with thousands of graves. Described by the late Richard Holmes as the saddest place I know.” 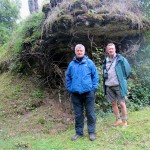 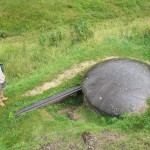 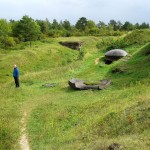 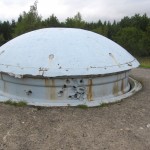 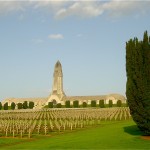 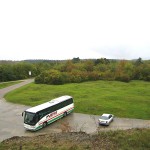 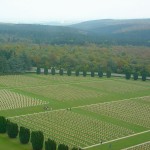 From the top of the Ossaury 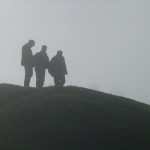 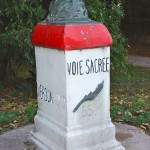 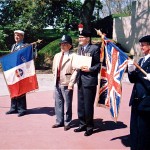 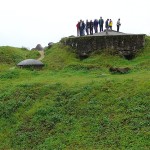 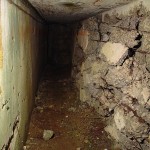 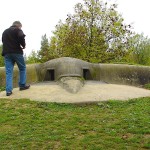 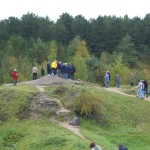 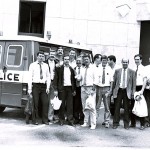