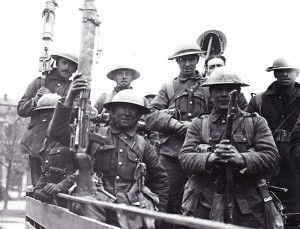 What are we fighting for?

Historically, Sir Douglas Haig’s British Spring Offensive of 1917  was known as the ‘First and Second Battles of the Scarpe’ but more chillingly referred to by Captain Cyril Falls, the British Official Historian, as the most ‘savage infantry battle of the war.’  It is more commonly known today as the Battle of Arras 1917.

Very little had been written about it in comparison to the other great horrors of the  War, The Battles of the Somme & Ypres and the stark brutality of the Arras fighting quickly became apparent when interviewing those marvelous, ageing veterans soldiers  before they finally faded away.  My one regret is that I only managed to tape-record some, mainly the British veterans. The Battle of Arras German survivors were only available too, via the slow international postal service of the early eighties.

The Battle of Arras Canadian veterans, who fought the one day, Battle of Vimy Ridge were most graphic in their descriptions of the ruthlessness with which they rapidly took all of their objectives, many of these fine soldiers surviving to tell the bloody tale.  Consequently, Arras Battlefield Tours always start at the dramatic, Vimy Ridge Memorial Park. Many pilgrims who have read ‘Cheerful Sacrifice’ also want to see the site of the Chemical Works at Rouex and the scene of the Cavalry charges at Monchy-le-Preux.  The beautiful Arras Memorial to the Missing with its 35000 names and a wealth of stories is also a must for any  tours of the Arras Battlefield.  In visiting the area covered by the grim fighting for the Chemical Works, it soon became obvious when one visit’s Brown’s Copse Cemetery, that the majority of Scottish soldiers who fought that fearsome hand-to hand battle did not survive.. the same can be said for the Germans. The fact that the Arras battle became one of total attrition is most apparent when some of the more remote and most beautiful cemeteries on the 1914-18 battlefields are visited.  Many of these little cemeteries tell a tale of a forgotten last stand and I have since uncovered many personal and moving tales of simple valour, not covered by ‘Cheerful Sacrifice.’

A personally overdrawn map of the Arras battlefield is also issued to enable pilgrims to follow the old action spots and identify the key locations of the battlefield, which has changed very little.  As well as I know the Somme and Ypres battlefields, I consider the Arras battlefield to be the most interesting of all. The main features of this massive and largely forgotten battle fought by the British Army in 1917 can be ‘done in a day’ if required.

“The German soldier seemed thunderstruck at seeing the trench taken over by the British and picked up a rifle and bayonet and had a go at a sergeant in the 2nd Queens who had somehow got mixed up with us The Queens sergeant was stabbed in the shoulder but he bayoneted the German a bit more severely – who then dropped the rifle and fell to the ground losing blood rather badly. When this happened our man just dumped his rifle and took out his water bottle, had drink and then handed it to the German. He then got out his cigarette tin; taking two cigarettes out and lighting them, he handed one to the German. I heard him say ‘Come on Jerry, we are both finished with this,” and he picked the German up. I watched the two men go out of the trench, the German being assisted by the Englishman and not the least sign of hatred on either face. I remember saying to myself, ‘My God, Robert, what are we fighting for?” 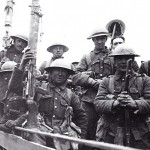 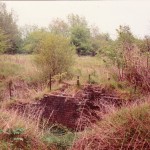 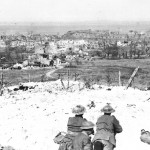 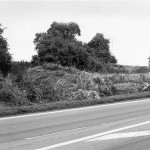 Point de Jour ruins. Before it was spoiled. 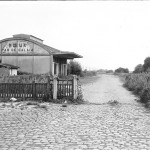 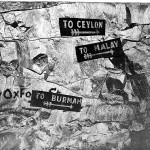 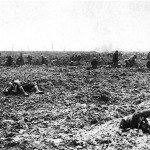